I used to always say that I didn’t have any role models. Instead, I just saw myself surrounded by people that I wanted to be nothing like. After watching the HBO Max documentary A Choice of Weapons: Inspired by Gordon Parks, I realized I’d finally found my role model. After 20 years of wondering who to look to as an example, I feel as though I’ve finally found someone who fits the position perfectly. It’s only fitting that this happened during Black History Month.

Before watching the doc A Choice of Weapons, named after Parks’ autobiography, I didn’t even know who Parks was. Now I know that he was many things including a groundbreaking photographer, writer, composer, activist, and filmmaker. I had seen photos and other works created by him but wasn’t aware that he was behind them. After watching this documentary, I found myself going down a rabbit hole searching for all of his images.

Parks was a creative spirit who worked as a journalist and photographer early in his career. It’s important to have people that look like you representing different job fields regardless of what they are. When I first got interested in journalism and photography, I had a difficult time finding women and people of color doing what I wanted to do. I know there are so many other kids of color out there looking at careers and being discouraged when they don’t see people that look like them. Parks was someone who was breaking apart the narratives plaguing society by using the thing he loved to help others and fight for what was right.

I want to create an impact on the world just as Parks did with his activism, writing and photography. He said that his camera was his weapon, and he used it for good and to help others, and I want to do the same. Like him, I want to be able to use my words and photos to reshape the way that things are seen by the world in order to evoke change.

“I chose my camera as a weapon against all the things I disliked about America–poverty, racism, discrimination.” -Gordon Parks

One of Parks’ most powerful photographs is “American Gothic” (1942) which features Ella Watson, a Black woman holding a mop in one hand with a broom in the other. This Black woman, widow, mother and grandmother, is captured in front of a U.S. flag in a country where she wasn’t represented, respected, or protected. This was one of the most powerful images I’d ever seen. All of Parks’ photos capture an insane amount of emotion but this one told a bigger story. His works were powerful when they were first published and continue to tell the stories of underrepresented groups.

Parks has inspired other Black photographers to pick up where he left off and continue to capture images that represent what this country actually looks like. One of those creatives featured in the doc is photographer, photojournalist, and activist Devin Allen. His photo titled “Baltimore Uprising” was featured on the cover of Time Magazine in 2015. The image featured a Black man running from a stampede of police officers during a Baltimore protest following the death of Freddie Gray at the hands of Baltimore police. The photo was published in black and white which gives it an old feel despite this event being fairly recent. It just shows that we haven’t come as far as we’d like to think.

“For the first time, I understand what Gordon was talking about, that the camera is a real weapon,” Allen said. “I realize how powerful I am with a camera in my hand.”

Overall, I’m glad to have been informed about Gordon Parks and all that he’s done in the arts, photography, activism, and journalism worlds. Influential figures like Parks should be more widely discussed and acknowledged for their immense efforts to improve the conditions that people of color are forced to live in. A Choice of Weapons: Inspired by Gordon Parks, was provided to True Star by Kunhardt Film Foundation and is a a co-production of Kunhardt Film Foundation and HBO. This documentary is currently available HBO Max. I highly recommend that you watch it. 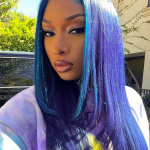 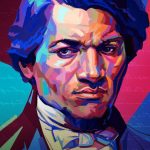