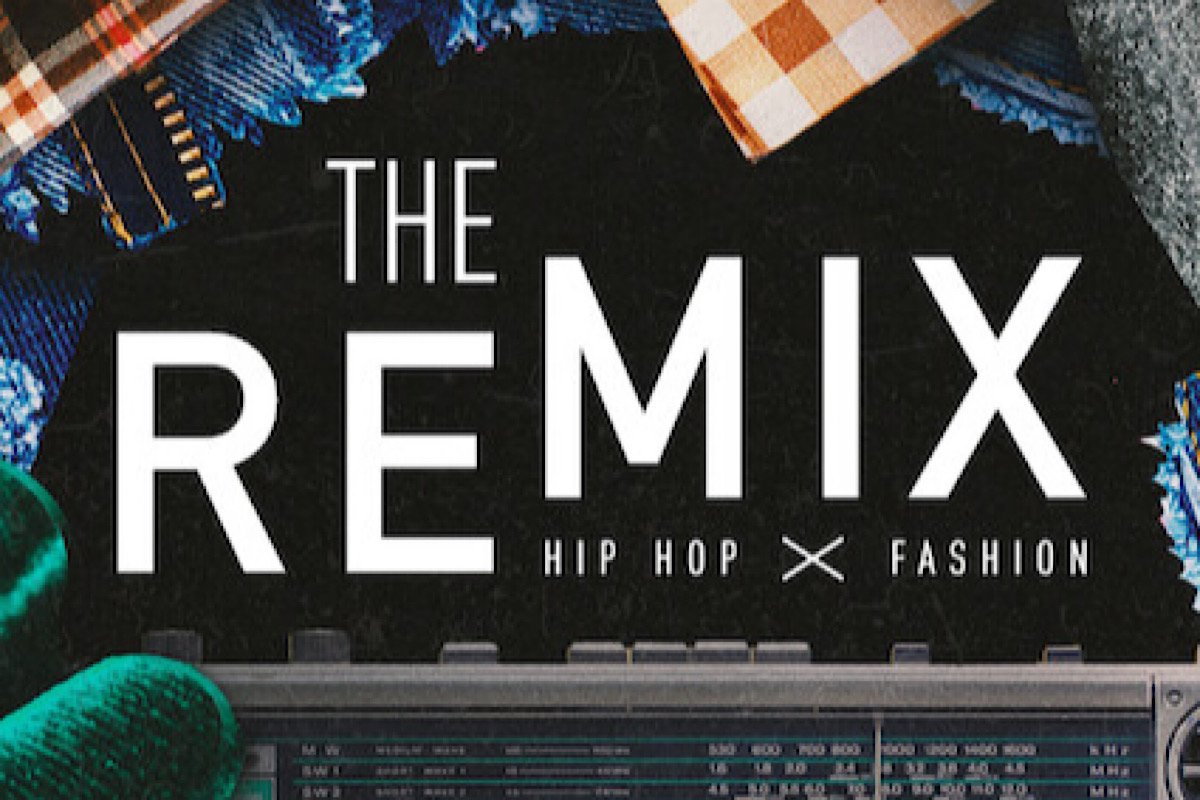 I recently watched a gem dropping documentary on Netflix called “The Remix: Hip Hop x Fashion.” If you call yourself a fashion lover, this is a documentary that you need to watch ASAP! The amount of knowledge I’ve gained after this documentary is truly something that I will FOREVER be grateful for. It’s very rare that I come across documentaries that represent Black culture CORRECTLY. Producer, Lisa Cortes, has been in the film industry since 2004 and has also produced other unforgettable films like Precious. It is no surprise that she nailed the depiction of the relationship between hip hop and fashion.

This documentary was made to shed light on how our culture has shaped fashion in the hip hop industry. The 70’s and 80’s were a time when Black people came in to their own. We stopped trying to fit in with our White counterparts and began using our own creativity and craftsmanship to for our lifestyles. However, this was not the first time we had to do so. During slavery we would use the scraps from White establishments to make our own clothing. It was a part of our survival and we carried those same ideals into our future.

Recreating White ideal was a major accomplishment in the 90’s. We had to recreate imagery of other races to create our own so we could be comfortable. For example: Bucket hats vs fisher man hats, tennis skirts vs mini skirts.

There were three people that this documentary focused on, and I learned so much about their start in the fashion industry. It did nothing but motivate me to work harder because they paved the way for Black stylist and designers.

Although “The Remix” covered a lot of ground, I took special notice on the part about how Black women in the hip hop industry did not get the recognition they deserved. Female MCs had to hide their femininity in order to be taken seriously. Baggy jeans, gold chains, and neutral colors were their go-to looks. Roxanne Roxanne inspired a lot of women to rock this trend because it looked so fly on camera. However, this trend became of thing of the past and female MCs began to embrace their womanly features. Misa Hylton was responsible for some of the most iconic looks in hip hop history. She styled artists such as, Lil Kim, Missy Eliot, and Mary J. Blidge. Hylton admitted that the sound of hip hop drove her to the fashion industry. The music literally inspired her to create amazing looks for Black men and women. Hylton is now partnered with MCM. She even created the MCM bustier and trench set worn by Beyoncé in the Everything Is Love video. 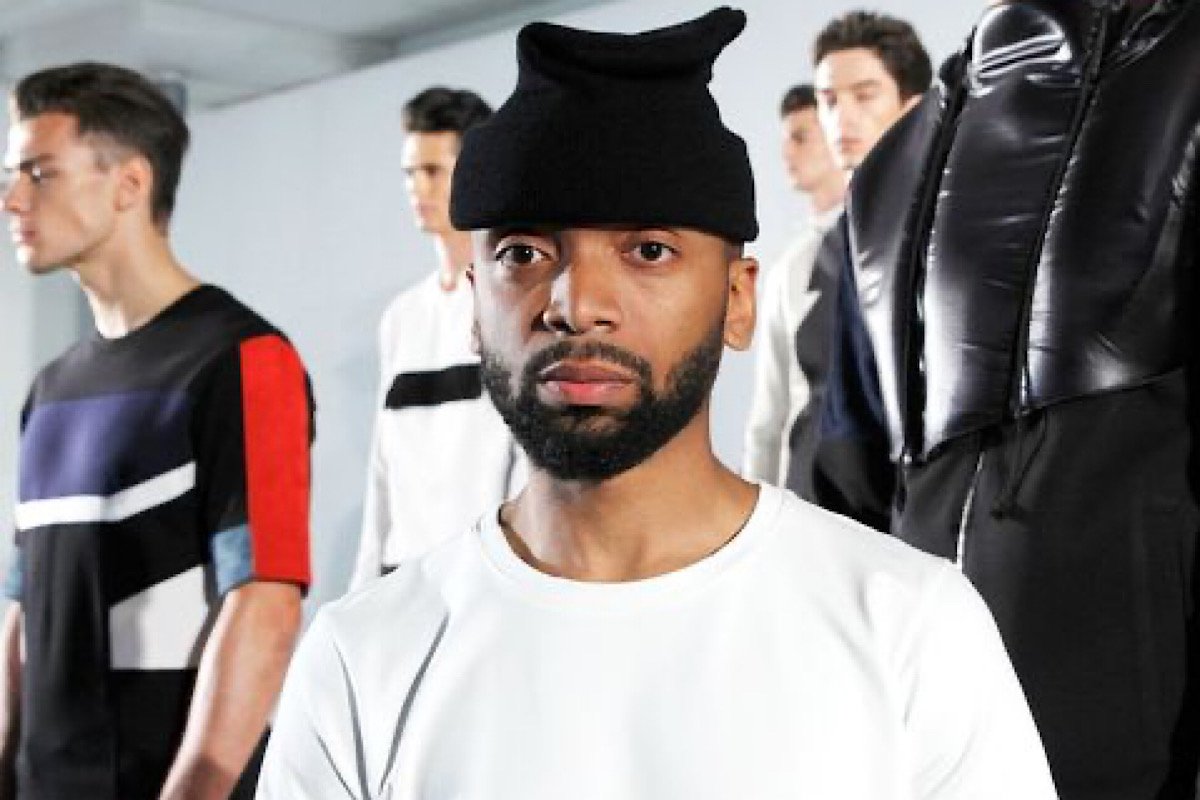 I have talked about Kerby Jean Raymond and his collection Pyer Moss brand, but this documentary was able to go into great details about his career. He started designing at 13, and has been designing for over 18 years. He was always interested in designs that were made by people that looked like him. Hip hop taught him everything he knows about fashion. When Raymond first came onto the high fashion scene, he never showed his face. He was fearful of buyers being uninterested in his brand because he was Black. After the Trayvon Martin case, Raymond did not want to hide behind his work. He wanted to make sure people knew that the man behind his brand was Black. In 2015 he debuted a collection at New York Fashion week to show support of Black people and to make others aware of the police brutality against them. After that show he lost four partnerships and his brand was put into extreme financial hardship. However, he came out of that hardship after his work was recognized by Reebok. 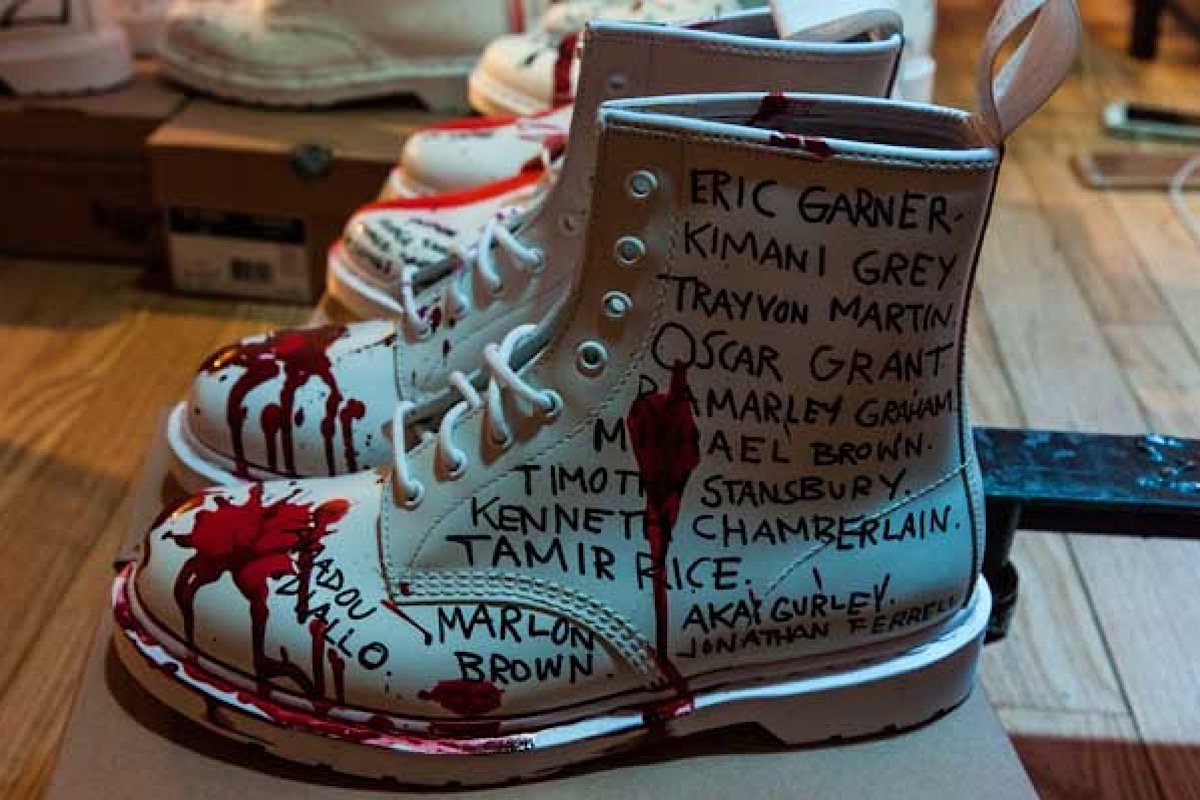 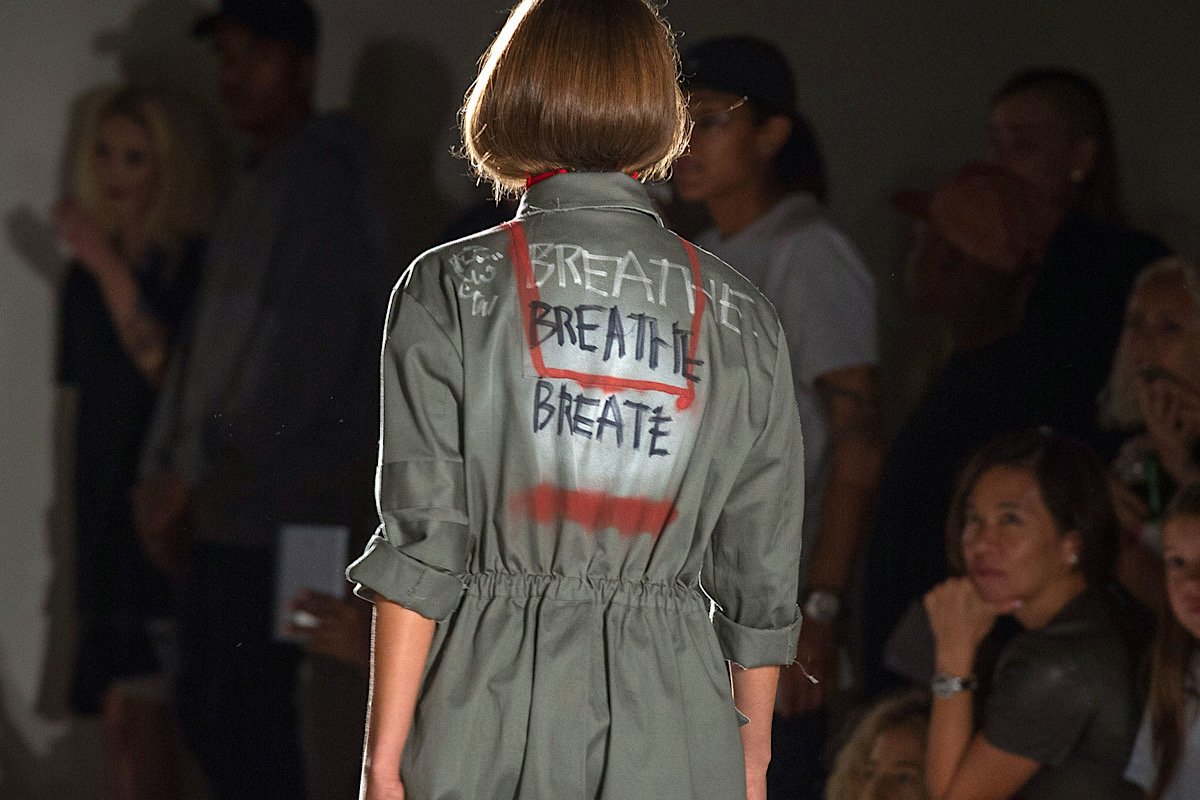 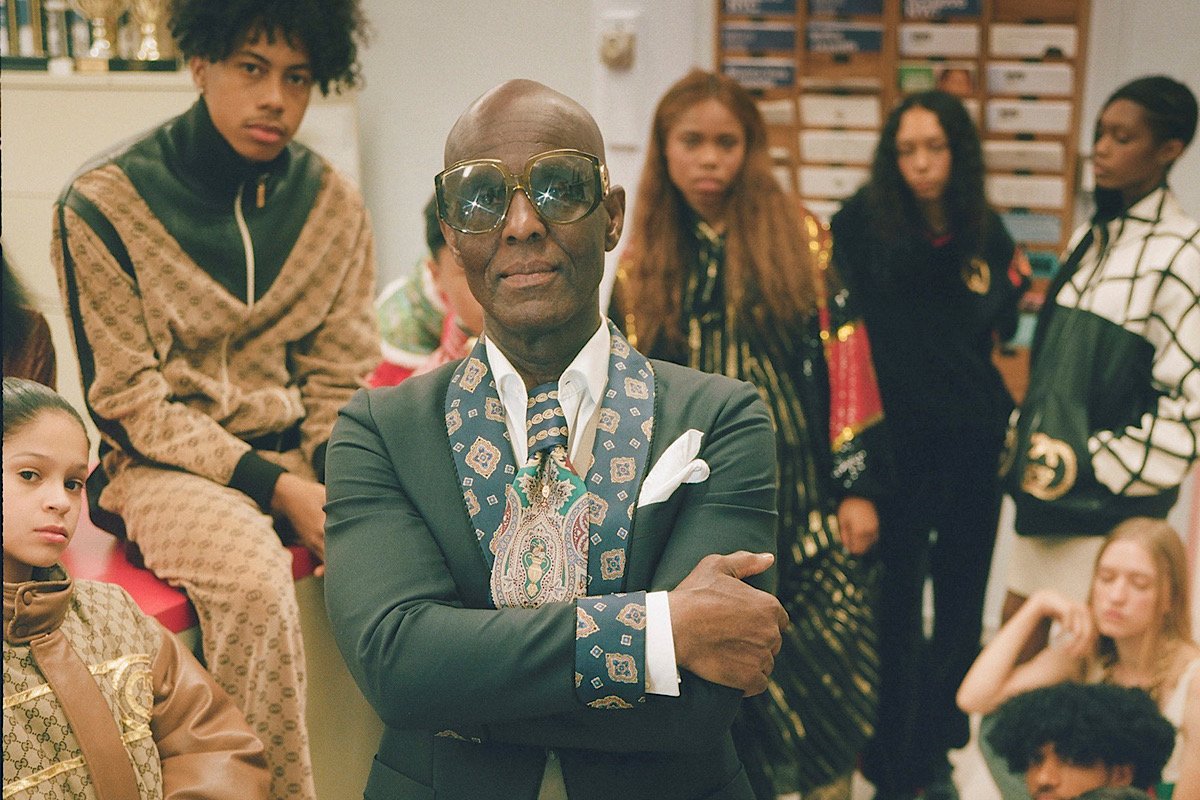 Dapper Dan was one the pioneers that lead that recreation. He worked in high end stores before becoming the master of textile printing in the 80’s. Dapper Dan’s boutique, located in Harlem, NY, would create entire outfits with designer logos–Louis Vuitton, Gucci, and more. Rappers, singers and pretty much anyone Black in the entertainment industry fled to his boutique to get their own customized pieces made. There was literally a line up of seamstress ready to take orders 24 hours a day. He also owned a body shop that customized cars with high fashion logos. His boutique was one of few in Harlem that was open 24 hours a day. Could you imagine if we had something like that today? Eventually the high end brand caught wind of Dapper Dan’s designs and sued him for copy right infringement. His boutique and body shop was closed down. Years later Gucci copied one of Dan’s early year designs and Black Twitter caught on. They demanded that Gucci pay homage to Dapper Dan’s designs because back in the day, his creative logos were not being used as a pattern. Gucci came through and partnered with Dapper Dan. He is now activity involved with the designing aspect of the company. 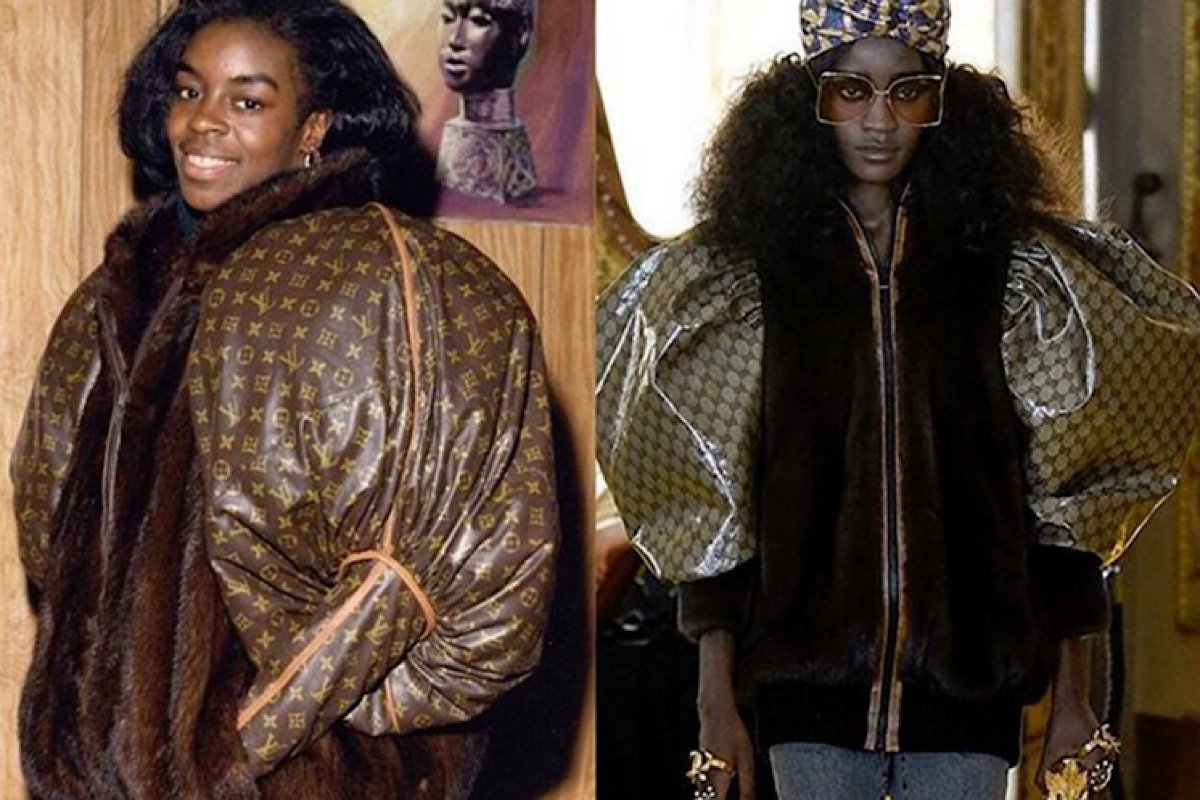 The Remix: Hip Hop x Fashion covered much more and provided details about our culture that I never knew existed. To all my fellow fashionistas, this documentary is for you! Check it out below. 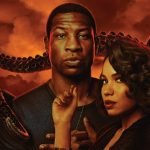 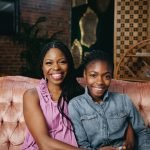