After seeing Tiffany Haddish’s performance in the box office smash hit Girls Trip, anything she’s starring in I have to watch. I mean, come on. She’s proven herself to be one of the funniest comedians thus far and her recent Grammy win for Best Comedy Album only upped her worth. So, when I saw that Bad Trip dropped with Haddish starring in the role, I knew that it had to be good.

If you thought you would see Haddish in this film in anything like you did during Girls Trip, then you’re definitely mistaken. Bad Trip, which also stars comedians Eric Andre and Lil Rel Howery, is not about the glitz and glamour of being dolled up and partying freely. For this part, Haddish embodies a new role where she is fresh out of jail with a tough exterior. Despite this being one of the first times that I’ve seen Haddish in this type of character, her commitment to the roles she chooses has a way of shining through every time. One of my favorite aspects of the film is that not only does it have major comedic relief, but that the movie incorporates “real people who didn’t sign up for this sh*t”.

For how naturally funny Haddish is, it only made sense that she would love starring in a movie that plays and pranks on the reactions of real people. If you love shows like MTV’s “Punk’d,” “Ridiculousness,” or “What Would You Do?”, then this film is definitely worth the watch. It was surprising to see that throughout some of the scenes–such as Haddish breaking out from jail and being covered in dirt–a lot of the “real people” didn’t even recognize who she was. All I know is, if that had been me, I would have immediately erupted into laughter as I would scan my surroundings for cameras. The scenes are almost too corny to be true, but it keeps the element of surprise which balances with the intended comedy.

I love that Haddish is beginning to receive more of the recognition that is long overdue for her talent. What makes the talent of Haddish even better is that it’s natural and easy, you almost feel like you’re in the film with her yourself at times. As one of the trending films on Netflix’s platform right now, it’s safe to say that the film might be worth the watch. If you’ve already seen Bad Trip, make sure to vote your reaction to it in the polls below. 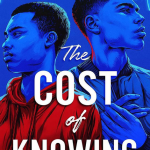 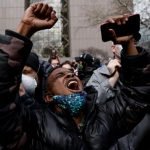