A good book is supposed to make you feel something. That is exactly what The Cost of Knowing by Brittney Morris did for me. This novel was absolutely amazing and definitely plucked at my heart stings. The book has the perfect mixture of superpowers, social justice, and family so if you enjoy any of those things, pick up this book ASAP.

Morris dedicated the book to “all the Black boys who had to grow up too early.” You quickly understand why she does this. The protagonist, Alex, lost both of his parents, leaving him and his brother, Isaiah, absolutely terrified. Alex has to quickly learn how to manage school, work, his social life, anxiety, and his future-telling visions that make fear his best friend. Alex’s visions make him afraid to get close to anyone but they mainly affect his relationship with Isaiah and his girlfriend Talia. One of his visions predicts a tragic event that scares Alex even more which then turns to a moment to call out racism and racial stereotypes. Since there is so much on Alex’s plate, he doesn’t have time to just be the teenager that he is.

The Cost of Knowing is such a heartwarming novel. The relationship between Alex and Isaiah was so pure that reading it made me think of the relationship I have with my younger brother. The plot played out so well, everything just flowed. The entire story covers about three days of Alex’s life so it’s a slow-paced book, but that’s okay because the descriptions are so vivid and detailed that you can feel every emotion the characters feel in that three-day span. The quality storytelling makes it hard to even notice the pace. I would have liked for the story to be a little longer so that the readers can see more of Alex when he isn’t worried about any and everything. Hopefully, there will be a sequel.

Unfortunately, there are many teens who have to juggle life just as Alex does. There are countless children who have lost their parents at young ages and have to figure certain things out for themselves. For those children, reading The Cost of Knowing will reassure you that you aren’t alone. Loss and death are natural, but the different forms of grief are also very natural so you have to accept these things. The Cost of Knowing will help you understand that some things just cannot be avoided. That’s why Alex is such an impactful character and that’s why this novel is a must-read.

Overall, I rate The Cost of Knowing a 4.5/5. I really wanted to see Alex thrive a little more and that’s the only reason for the .5 point deduction. However, the drama of Alex’s life kept my attention. This novel made me feel so many different things from relief to sadness to happiness to anger. I cried during the entire 14th and 15th chapters. Go pick up this book please. You will not be disappointed.

*The article was created in partnership with the Project Lit program at University High School in Newark, NJ. 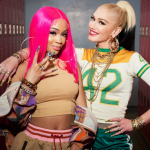 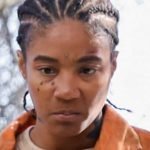