If you’ve been on social media recently then you’ve most likely been hearing about the heartbreaking trial that is taking place to free Britney Spears from her conservatorship that she’s been under for 13 years. A conservatorship is a legal guardianship given to those who are incapable of making their own decisions.

So far we’ve learned that this conservatorship has been in place since 2008 and has stopped Spears from legally having control over her assets and estate. Her father Jamie Spears and her attorney Anothony Wallet have control over these things. As of June 23rd Spears has publicly asked for her abusive conservatorship to be put to an end. Many details from the recent court hearing have been brought to light. For example, Spears stated that she wanted to have children but was forced to keep an IUD in place to prevent that. Additionally when she wanted to end her Las Vegas residency tour she was allowed to but was later forced to change medications after her therapist was informed that she was being “uncooperative”.

Many fans and stars are showing their support and outrage over what is taking place with the singer. #FreeBritney has been trending all over social media. One person in particular who spoke out was Justin Timberlake. He tweeted, “After what we saw today, we should all be supporting Britney at this time. Regardless of our past, good and bad, no matter how long it was…what’s happening to her is just not right. No woman should ever be restricted from making decisions about her own body.”

After what we saw today, we should all be supporting Britney at this time.

Regardless of our past, good and bad, and no matter how long ago it was… what’s happening to her is just not right.

No woman should ever be restricted from making decisions about her own body.

Really Justin? Was it necessary to bring up your past with Britney? Grow up. That wasn’t even needed, especially considering what’s happening. For those who don’t know, Timberlake and Spears used to date back in the early 2000s. their relationship ended and Timberlake made it out that Spears cheated on him and almost ruined her image at the time. If you’re going to show your support then do just that, leave past issues and feelings out of it. Period.

People were quick to call Justin out for his tweet:

justin timberlake played a major part on how the media treated her, slut-shamed her, and objectified her but okay https://t.co/QOHGJXVDdu

Justin Timberlake is foul for those Britney tweets. He’s literally the reason the media sent her into a spiral???

How do you all feel about what’s happening with Britney Spears? Do you think it was right for Justin to take a jab at him and Britney’s past? Let us know with an emoji. 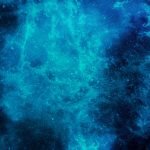 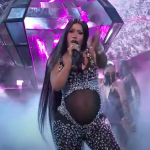