On March 29th, Chicago Police Officer Eric Stillman fatally shot 13-year-old Adam Toledo in the chest. The body camera footage was released last week and completely shocked everyone. This footage didn’t come as a shock because the police killed someone, but because a police officer killed a 13-year-old boy who appeared to have his hands up to surrender.

Let me just say if you haven’t seen the video, do not look at it. It’s completely heartbreaking and devastating. Don’t share the video either. I don’t want to see the video anymore and no one else should have to either. We see and live through enough trauma in our communities everyday. We don’t need to see video footage to prove that these things are happening.

Since details about this police shooting have been released, there have been more questions than answers. Why was a 13-year-old outside after 2:00 am? Where did he obtain a gun from? He isn’t old enough to legally obtain it on his own, so whoever provided him with the weapon should face serious consequences. Why was he shot when his hands were up? He was complying with the commands of the officer and still managed to be fatally shot in the chest.

The thing that’s even more upsetting is the fact that the officer was only placed on a 30-day administrative leave according to CNN. If anyone who wasn’t a cop was to fatally shoot someone in the chest, they’d be facing years behind bars for their actions. Why are police treated any different?

It was also assumed by police that a man named Ruben Roman was with Toledo on the night that he was killed according to WGN9. Roman was arrested but has since posted bond and been released from jail. If he had a reason to be arrested and was said to have been with Toledo, chances are he knows something about why Toledo had access to a gun. Why was he arrested just to be released shortly after? There are so many questions being raised that no one is giving the answers to.

The family of Toledo is asking everyone to peacefully protest instead of becoming violent and enraged. Everyone is upset about the situation, but it’s nice that the family would like for things to remain peaceful and not make a bad situation worse.

Adam Toledo didn’t deserve to die at the hands of the police. He was only 13 and still had an entire life left to live. Hopefully, the officer responsible for his death will be held accountable and Toledo will receive the justice he deserved. 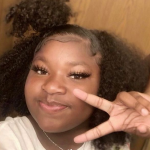 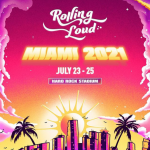