Santa Claus is back! Scott Calvin (Tim Allen) is making a comeback in the new Disney+ show “The Santa Clauses.” After being Santa Claus for almost 30 years, Scott decides that maybe it’s time for a change. Since Christmas is losing popularity (and its magic on kids and adults) Santa considers maybe it’s time for a new Santa to take his place. The job of being Santa is very demanding, so Scott finds a way to retire from his duties as Santa Claus. Now he’s on a mission to find a new jolly goer to take his place.

I had the pleasure of meeting Devin Bright who plays “Noel,” one of Santa’s elves. He stated, “Noel just loves Santa, he loves Christmas, so Noel just kind of embodies that love of Christmas.” In the show, Noel embodies the elf persona in every appearance he has. He is the elf version of Christmas spirit. This whole show is a world of whimsy and just straight holiday cheer. Bright said, “Even though we filmed in LA, in 90 degree weather, once you stepped on set it felt like Christmas.” This show for sure made me feel like it was snowing on a sunny day.

“The Santa Clauses” will leave you in the holiday mood and excited for all the Santa Claus movies/shows. If you haven’t watched it yet, Bright shared a bit of info on some things to look forward to. “Expect a lot of excitement with some fun and comedy in there, but also a heart-warming story.” This is the perfect way to describe the show. Go ahead and make your way over to Disney+ and start streaming “The Santa Clauses.” I know I loved it, and you will too. 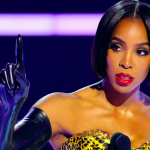 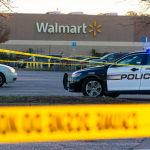