Elon Musk now has complete dominance over Twitter, and with this purchase, he’s bringing in a whole new deluge of conflict both online and offline. Musk’s acquisition began on the 14th of April this year and concluded on October 27th, 2022. Musk ended up paying $44 billion, with a capital B, for the entirety of Twitter, and the effects are already in motion. You can open Twitter right now and see what’s changed.

In the last few days the infamous social media site has been going through some radical changes. Musk recently started mass layoffs and dissolved the human rights department(s) (reportedly over 75% of the entire staff), and is going to start charging $8 per month for users who want to be verified on the platform with the blue check. Replacements for these employees are unknown at this time.

Please note that Twitter will do lots of dumb things in coming months.

We will keep what works & change what doesn’t.

The concept of $8/month for a verification checkmark is a controversial subject. One on hand, it will be much easier for trolls and scammers to impersonate celebrities if they cough up just eight bucks for a month. Early on, Musk mentioned this will filter out hate speech and make sure that people who pay the price are the key speakers on the site. This new update could really hinder small businesses, artists and corporations who want to expand or promote their work but can’t, due to the filtering of unverified users. In short, Twitter is becoming pay-to-play.

As recently as today, Forbes reported Twitter it will now add a gray “official” label to some high-profile accounts to indicate that they are authentic. Confused? You’re not alone.

These changes could either benefit Twitter, or make it worse. These drastic actions could kill it entirely– like what happened to sites like Tumblr, 4chan and 9gag. If you don’t know what these sites are, that’s exactly my point.

Musk has since been posting satirical memes and whatnot on his own account regarding the situation.

The people online have since been looking elsewhere to mingle and promote their brands. One such alternative has been the site Mastodon– a decentralized platform where ads and algorithms that control your feed are obsolete.

What do you think of these changes? Are they good or bad? 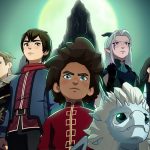