True Star recently had the pleasure of chatting one-on-one with MindSite News investigative reporter Joshua McGhee for another segment of Session with the Pros. He shed some light on the benefits and challenges that often go hand and hand with this career.

McGhee, who grew up in the Chicagoland area, attended Providence Catholic High School in New Lenox. After graduating, he furthered his education at Culver Stockton College as a communications major. McGhee wasn’t sure what he was going to do with his major, but landed at a radio station for an elective and ended up working an editorial job for the station to make some extra money. There he fell in love with storytelling and ended up putting his own spin on his work by adding his unique sense of humor.

From there he took internships with The Chicago Sun Times and various TV and radio stations. McGhee also worked freelance for a small newspaper company. He said that being in those spaces helped him to learn more about himself and figure out what he wanted to do.

When asked for some tips to help find internships, McGhee said, “Remember there are a lot of resources out there for you.” Some of his suggestions included reaching out to companies by email to see what they have available, networking with people you meet and staying in touch with them, and only taking paid internships.

McGhee mentioned that having empathy plays a huge part in being a reporter. In addition to this, he noted that some other key characteristics of being a reporter are having good organizational skills, being aggressive when needed, and having drive.

Throughout this interview we learned a lot from McGhee. He’s been working in his field for over 17 years and has a lot of knowledge to share. Anyone who’s interested in becoming a reporter should learn from him and keep an eye out for his stories. You can follow McGhee on Instagram and Twitter @TheVoiceofJosh.

To see the full interview click the arrow below.

More From: Session with the Pros 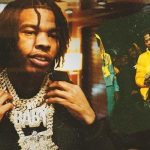 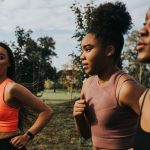