Minecraft’s 1.19 update, The Wild Update, is here. It was announced in October of 2021 at Minecon Live, showing concept art for upgraded birch forests and the new biome called the mangrove swamp. What did they actually add?

Some features such as The Warden and the deepdark biome were originally introduced in the 1.18 Caves and Cliffs update, but had to be pushed back to this update. Some features that were pushed back along with them, like archaeology, haven’t even come back for The Wild Update. Others shown at Minecon Live have also not been added, like the concept art for new birch forests with fallen logs and autumn leaves. Minecraft devs showed footage of frogs eating fireflies, ambient particles pretty cleverly disguised as mobs. There was also a hitch with them, too–frogs can’t eat fireflies in real life. They’re poisonous to them. Mojang decided to get rid of fireflies fast after that discovery.

Some mobs that will be added in this update include: Allays, Vex-like creatures that are peaceful and pick up items for you. Frogs, which turn different colors depending on what biome they’re in, and lay eggs on water which hatch into tadpoles. They eat baby slimes with their long tongues and allow players to craft new, colorful light blocks called frog lights. The Warden is also finally being added. It crawls out of the skulk catalyst block in the deepdark if it hears a player make a noise nearby. It’s capable of killing a fully kitted out person in netherite armor in just a few hits, and if they try building up to get away, it releases a sonic wave from its chest.

Some other blocks, items, and features being added to the game are mud blocks, found as the regular ground block in mangrove swamps. Mud bricks, made from the mud block. Boats with chests. Mangrove trees, which have the mangrove wood block, and that gives way to all the doors, trapdoors, buttons, etc. you can make with the new wood type. The skulk sensor block, and finally the swift sneak enchantment.

This obviously is not as big of an update as some past ones, and many are disappointed that fan favorite concepts weren’t added, but there’s still hope Mojang will add them in the future. 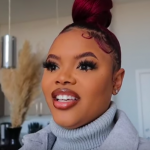 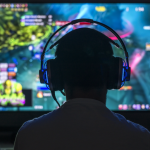