What was your most challenging role?

“I would say between Roll Bounce, and a play I did called What Goes Around, Comes Around. The reason why I say Roll Bounce is because I had to train so hard [on skates] 8 a.m. everyday to get the stunts right. That was really brutal. And also, if you think about it, I didn’t really speak until the end of the film. Everything is reaction. So, to make myself present, without having anything to say, was real difficult.

But, then again, I did this part for this play, it aired on BET. It was shot like a TV show, but it was a play starring Tony Rock, so a lot of comedy. You have to be dramatic, you change every scene, it’s crazy, the change is fast.”

What advice do you have for teens that aspire to become actors/actresses?

“I was different. I was my own person. I didn’t follow. I wasn’t big on peer pressure. I did what I wanted to do. I was well into business with shows like Smart Guy, Moesha, Sister Sister, and The Parenthood. Things of that nature. I was a workaholic when I was a teenager. I just wanted to work. I wanted to do what I love to do. I didn’t really get into parties until I was like 19.”

And here’s a bonus question for all his female fans.

Single huh? Hmmm… Well, Wesley Jonathan is currently starring in Soul Man with Cedric The Entertainer which airs on TV Land, on Wednesdays at 10 p.m. Also, he has a new movie called Cobu. Plus, he is the star of the new movie Budz House. So, put them all on your watchlist. 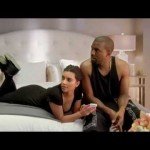