By now we should have all heard Bey’s new album, Beyonce. Of course, I’m a “Beyhive Fan” so I love it regardless but it shows a different side of her. I’d be lying if I told you that I had a favorite song from the album because I don’t. Every song I turn to on the album I’m like, “That’s my song.” [LOL] Don’t judge me. But Bey came out and told why she made and liked some of the songs.

On Drunk In Love

Drunk In Love’ is a song I did with my husband Jay and we worked with Hype Williams for the video. We shot in Miami last summer. The shoot was extremely effortless and spontaneous. We completely captured the energy of the song.

It’s really difficult to find a song with such a strong message that doesn’t feel preachy. Sia is such a genius. The second I heard the song I’m like, ‘I have to sing this song. I don’t care how hard I have to fight for this song. This is my song.’ I immediately saw the vision and I thought about pageants and I thought about the most humiliating, judgmental place you could be as a woman. I feel like sometimes the world is a big contest. We’re all being judged. I wanted to capture how humiliating and how insecure that makes you feel. Melina was able to capture that emotion and capture the extremes that we feel that we have to go through to please the people that judge us. I knew from the moment I heard the song that she was the person that I wanted to bring the visual to life.

I shot [the video] in Houston, Texas and I grew up in FunPlex, which is a skating rink that we went back to. It was so strange because one of my first dates with my first boyfriend was at FunPlex, and now I got the whole FunPlex that I rented out. I thought I was ballin’. *laughs* I’m like, man, this FunPlex is just for me. But it was beautiful to be back there and to shoot with Hype Williams. I was really happy to work with him again because growing up he created the music video for hip hop artists and R&B artists. He was the visionary for that. For him to bring out the art direction and the ‘hood and the sex appeal and all the things that he brings to the music industry and kind of pay homage to everything brilliantly that he’s done was exciting for me.

I love it because it’s really organic and the drum beat was actually done in the studio by Justin Timberlake. He just started beating on these buckets and The-Dream started coming up with this little chant. ‘Yonce all on his mouth like liquor liquor…’ and it’s so exciting when something naturally happens that way.

I’m curious to know your thoughts on the album.

Do you like the new Beyonce and what are your fav songs and/or videos? 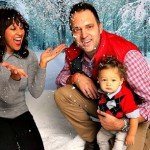 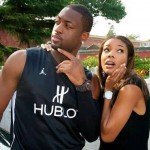