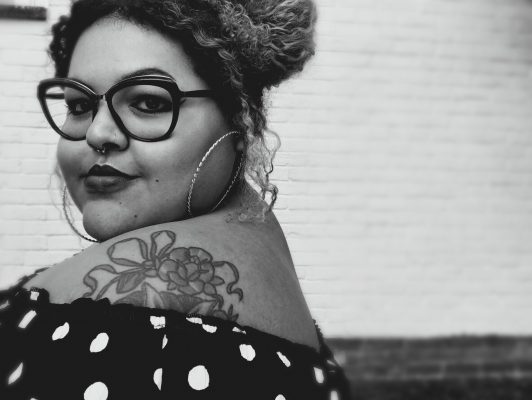 I’m a teenager that likes to read. I know it can be shocking, but it’s true. Recently I got put on to the book This Is What It Feels Like. I’m a little late on the train, because the book got released last November, but I’m glad I got to finally read it.

The author of the book is Rebecca Barrow who lives in the UK. In this particular story, the majority of the characters are people of color which is something I really liked because it felt more relatable considering I’m Black. Another thing I liked about the book was the fact that it wasn’t the stereotypical teen novel. It wasn’t like the corny stuff that people seem to think all teens go through and really care about. Lots of eye opening topics that don’t tend to get mentioned in books catered to teens and young adults were included. Things like teen pregnancy, addiction, the LGBTQIA+ community, death, and heartbreak.

At its core, this is a story about friendship, music and love. Despite the fact that some of the topics discussed were really serious, that didn’t make the book become dark. I don’t want to go into too much detail in case any of you want to read it, but it’s probably one of my favorite books now. It’s really worth the read.

Barrow took time out of her schedule to chat with TSL about her book and her writing process. Check out what she had to say. 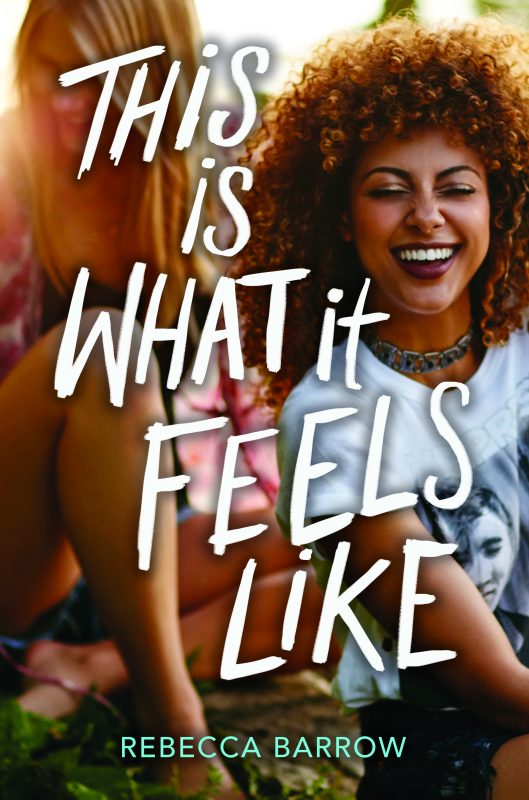 Truestar.life: At what point did you realize you wanted to be an author?
Rebecca Barrow: I wanted to write from a young age but it wasn’t until after I finished the first draft of my first ever book-length project (I hesitate to call it a book because it was more like a string of loosely-connected very boring events that no one would EVER want to read) that I actually thought about becoming an author. I remember finishing that project and thinking, “…what now?” and I’m pretty sure I actually just googled “how do you publish a book”. That was when I decided to pursue it for real.

TSL: What were some of your inspirations when writing this book?
RB: I’ve always wanted to be in a girl band but I suck at playing the guitar AND drums, so I thought I could do the next best thing and write about one. I really wanted to delve into the “after” of things—the things that happened in the girls’ pasts could easily have been a book themselves, but I wanted to explore what happens after the big, dramatic shift. How do you pick up the pieces and move forward when you’ve experienced so much at 15, 16? And I really am inspired to write about change a lot and the blurring of the lines between teenager and adult—the girls are 18 in the book and leaving one part of their lives behind, ready to move on to the next, but not quite there yet.

TSL: What are the chances that this storyline will be turned into a series?
RB: I’d say the chances are very, very slim! I typically don’t envision more than one book for my characters—in my mind, the part of their story that I needed to tell is finished, and they’re free to live the rest of their lives now. …The only way I would write a sequel or series would be if I felt there was more to their stories that needed to be told (and if my publisher was on board, of course.)

TSL: If this story were turned into a movie what actors would you want to play the characters?
RB: I’m always terrible with this question because the actors I can think of are always too old for the characters, but I’ll give my answers anyway:

TSL: The quote “I am here. I am not broken. I am okay,” appears frequently throughout the entire book. Where did the quote come from?
RB: I suppose it just came from me. I think it’s important to remind ourselves sometimes of the truth, to override the familiar negative thoughts and feelings that we reinforce so often and easily. Hanna is someone who is depressed and thinks of herself as a failure a lot, which isn’t true, and sometimes the only way to combat your own self-hatred is to state out loud the opposite. Even if—especially if—you don’t quite believe it yet.

TSL: What advice do you have for young writers?
RB: Write! That’s really it. It’s the only thing you can control and it’s what you always have to come back to—the writing itself. Don’t get caught up in the idea of publishing or having to write a certain way or produce a certain amount of work per year/month/week—find your own path and balance.

Actually, I should say write AND read. Read to be inspired, to see what else is out there, to learn.

TSL: Since becoming an author what writing advice have you learned that also applies to life?
RB: Oh, this is a good question…I’d say “eyes on your own paper”. Don’t focus on what everyone around you is doing and don’t compare yourself to them. Be kind to yourself.

TSL: Are there any things you decided to edit out of this book that would’ve made the plot completely different? If so, what were they?
RB: Many things! My books always go through a million transformations before they become what they need to be. For This Is What It Feels Like, I’d say the biggest changes were that Jules’ love interest, Autumn, didn’t exist at first and she had a relationship with her ex instead, that Dia’s dad was dead and her mom serving in the army, and that Hanna got into a serious car accident. So many changes! And all for the better.

TSL: How do you move past writer’s block?
RB: I don’t think I’ve ever had true writer’s block, where you truly cannot work at all for long periods of time, but I do have times when writing is difficult and I just make myself write. A hundred words, fifty—as long as I have written for that day, then I count it as a success. And once I’ve written a small amount and gotten over the initial hurdle, it seems less intimidating.

TSL: What do you find to be the most challenging part of the creative process?
RB: Writing the first draft. It takes me a long time and a lot of words and a lot of thinking to understand the story I’m trying to tell, and usually that all really comes to be during the revision process. But to get to that part, you need the first draft, and that’s hard! I’ve tried different ways of drafting over the years (with an outline, making it all up as I go, fast drafting, very very slow drafting) and it all turns out pretty much the same. If there’s an easy way around a first draft, I haven’t found it yet.

TSL: Who is your favorite character in this book? Why?
RB: Of course they are all my favourites! But I have a soft spot for Ciara, because in my own life I have women who are slightly older than me and just ahead of me in the game who I really look up to, and that’s who I wanted Ciara to be for the girls. She’s tough love and encouragement, a friend and a mentor and a sister-like figure all rolled into one girl.

TSL: What author has had the biggest influence on your writing?
RB: At the point I’m at now, I would say Courtney Summers. I think the books she writes and the girls she creates show me over and over the places we as authors can go to, and reading her work pushes me to step outside my limits and try the unfamiliar.

TSL: If you could give advice to your younger writer self, what would it be?
RB: Don’t write what you think people will love. Write what you need.