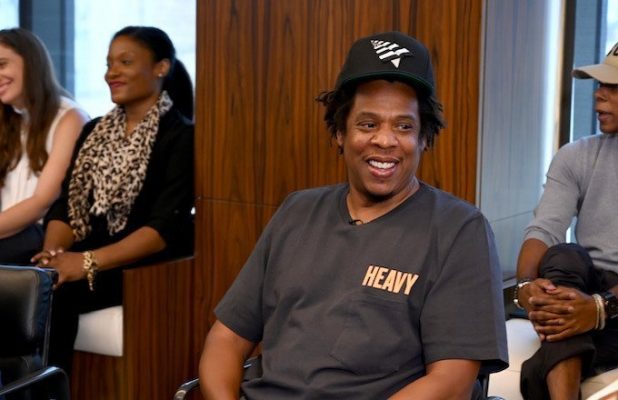 So what y’all mad about today? Is it that Jigga took the NFL deal in the first place or the fact that we still don’t know what he plans to do with the deal?

Not going to lie; when I first heard about the deal I was like, “Ummmm, HOV, what’s the end goal here?” But then I had to remember all that Jay has done for the Black community. I’m not saying that everyone should turn the other cheek and just accept all that is happening, but I am saying that I won’t be quick to judge because none of us have the full story yet.

Yes, America has degraded, belittled, and exploited Black people much like the NLF, but we can’t kneel forever, just like we can’t—AND I CANNOT STRESS THIS ENOUGH—we cannot march forever. At some point we have to infiltrate, but let me step off my soapbox and get back to the facts.

On August 21, 2019, it was reported that Jay Z took a deal with the NFL and that Roc Nation teamed up with the league for entertainment events and to promote social activism.

The league will work with Roc Nation on its entertainment performances such as the Super Bowl half-time show—but also to “strengthen community through football and music” and the NFL’s Inspire Change initiative, a movement sparked by former quarterback Colin Kaepernick.

Jay-Z says, “this partnership is an opportunity to strengthen the fabric of communities across America.” NFL Commissioner Roger Goodell agrees with HOV and says he looks forward to driving social change.

Now the issue here is that Kaepernick is still without employment. He has not been signed to a team since 2017. So how can social change be created seeing as Kaepernick was fired because of social justice work? Questions that need answers, I know.

My Brothers @e_reid35 @kstills @ithinkisee12 continue to fight for the people, even in the face of death threats. They have never moved past the people and continue to put their beliefs into action. Stay strong Brothers!!! ✊?

So far Kaepernick has not made a comment about said deal. All he has done is put up a post on the Gram commenting about his “brothers who continue to protest.” Hopefully this whole situation gets some type of resolve soon and Jay’s deal actually does some good for our people.