Unfortunately, the True Star summer program has come to an end. But, we certainly went out with a bang. On the second to last day, Ms. Tia Ewing of Fox 32 Chicago News hopped on a zoom call for our Summer Session with the Pros series and dropped plenty of gems.

Ewing, born and raised in Chicago, started reporting in Flint, Michigan. She later moved to Sacramento, Cleveland, and finally back to Chicago. Ewing didn’t say a whole lot about herself but she certainly gave a whole lot of advice.

Early words were for people who want to become new anchors. She started by saying that news is not for the weak and that it’s not as simple as it seems. She also added that as a news anchor you should have compassion and integrity, especially when reporting deaths or anything of the sort. “Don’t let your personal life impede on your professional life,” Ewing said. She also told us to always be mentally prepared because as a news anchor you will always be under scrutiny.

Ewing, a NABJ Chicago member, gave plenty of advice that can be used for all aspects of life. She told us that living in Chicago causes your “lenses to be jaded” and that you become conditioned to your surroundings. Because of this she suggested that we get out of the city and live in different places. She said that everyone should live in California at least once in their lives. Ewing also encouraged us to always stand our ground on our beliefs, adding that people treat you how you let them.

Ewing was such a joy to talk to, as she kept it real and didn’t sugarcoat the things she had to say. I wish we could’ve talked to her longer. For anyone who’s interested in anchoring, Fox has internships (when Corona is over of course) and Ewing strongly recommends doing internships to prepare you for your career.

Follow Ewing on Facebook  for “makeup and conversations” for some real talk as she prepares to start her work day. 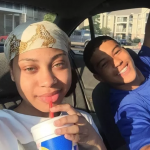 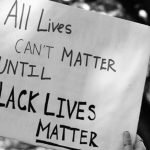