Prometheus had the potential to be the best film I had seen all year. It, for me specifically, was the first time Iâ€™ve actually changed my opinion during a movieâ€™s runtime. Why, this movie went from good but flawed to typical and then to frustratingly disappointing within a two-hour span. The order in which those changes occurred is irrelevant, because it all ended with disappointment.

Similarly to the beginning of the Alien franchise, Prometheus was directed by Ridley Scott. It was certainly scary, as the dark tones went well with the cave-like setting in the movie and made for a couple suspenseful scenes. The action-packed scenes were also shot well. I personally thank Scott for not using shaky cam to emphasize movement.

I enjoyed every single performance by every actor. No matter how small or large the role, I considered everyone to have done a good job. Charlize Theron specifically did well in my eyes. She needed redemption after her Pacino-esque performance in Snow White and the Huntsman.

I just wish the good actors like Theron had more to work with. As is seen in lots of horror movies, the characters are 2-dimensional and predictable. I found myself simply wishing that the aliens would not succeed rather than wanting the characters to overcome adversity. Were it not for Scottâ€™s expert direction and the convincing CGI used to make the aliens terrifying, I wouldnâ€™t have found the movie scary at all.

The beginning is really the best part as it focused very deeply on its theme of the origin of man, but at about an hour in, it began to all go downhill. The predictable deaths occur and hackneyed character archetypes begin to reveal themselves. And eventually some odd plot twists which mixed between improving the movie and not leaving well-enough alone showed up and put raisins in my ice cream instead of sprinkles.

Prepare to be completely in your seat by the end of your movie. Thereâ€™s a real last-minute twist ending that is reminiscent of the rest the Alien franchise. And although moviegoers who realize that is connected to Alien will not be surprised, that fact wonâ€™t make the ludicrous final scene any less despicable. Quite frankly, if they had cut the last 10 minutes this wouldâ€™ve been a much less excruciating experience. 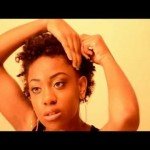