Everyone knew the Chicago Sky were serious contenders the moment they snatched Candace Parker from the Los Angeles Sparks. Now, the Sky are one win away from progressing towards the WNBA Finals for the first time since 2014.

On Sunday (October 3), the Sky successfully defended home court in Game 3 of the WNBA Eastern Conference semifinals, defeating the Connecticut Sun 86-83 to go up 2-1 in a five-game series.

The fans had the Wintrust Arena energized and kept the Sky in the game even when they seemed troubled. The ubiquity of lead changes was apparent up until the score was tight up until the fourth quarter. At the start of the fourth, the Sun momentarily ran through the Sky, going on a 10-2 run.

However, the Sky and its fans refused to lose. After adjusting their game plan in a quick timeout, the Sky came out with a different approach. On the ensuing Sky possession, Allie Quigley drew a shooting foul and proceeded to drain all three free throws. Consequently, Chicago powered past the Sun and went off, going on an 18-4 run to go up by six. Also, Kahleah Copper’s presence was mighty. She made immense contributions during this stretch, scoring nine of her playoff career-high 26 points during this point.

However, Connecticut fought back, keeping the lead within one possession. Alyssa Thomas, in particular, went to work scoring seven of the nine Sun points down the stretch.

The Sun had a chance to capture the lead. With the game within one measly point, Connecticut forced a timely turnover against Allie Quigley. Consequently, Jasmine Thomas passed the ball onward to Briann January, who masqueraded Brandon Knight, completely blowing the open fastbreak layup.

But, with Chicago’s swarming defense and Kaleah Copper’s playoff career-high, 26 points, both Parker and Azura Stevens registering double-doubles, and the exuberating Chicago fans, the Sun left the Wintrust Arena in a vengeance state.

Game 4 is Wednesday night at Wintrust. 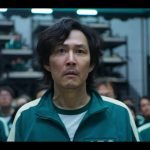 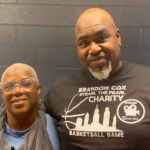