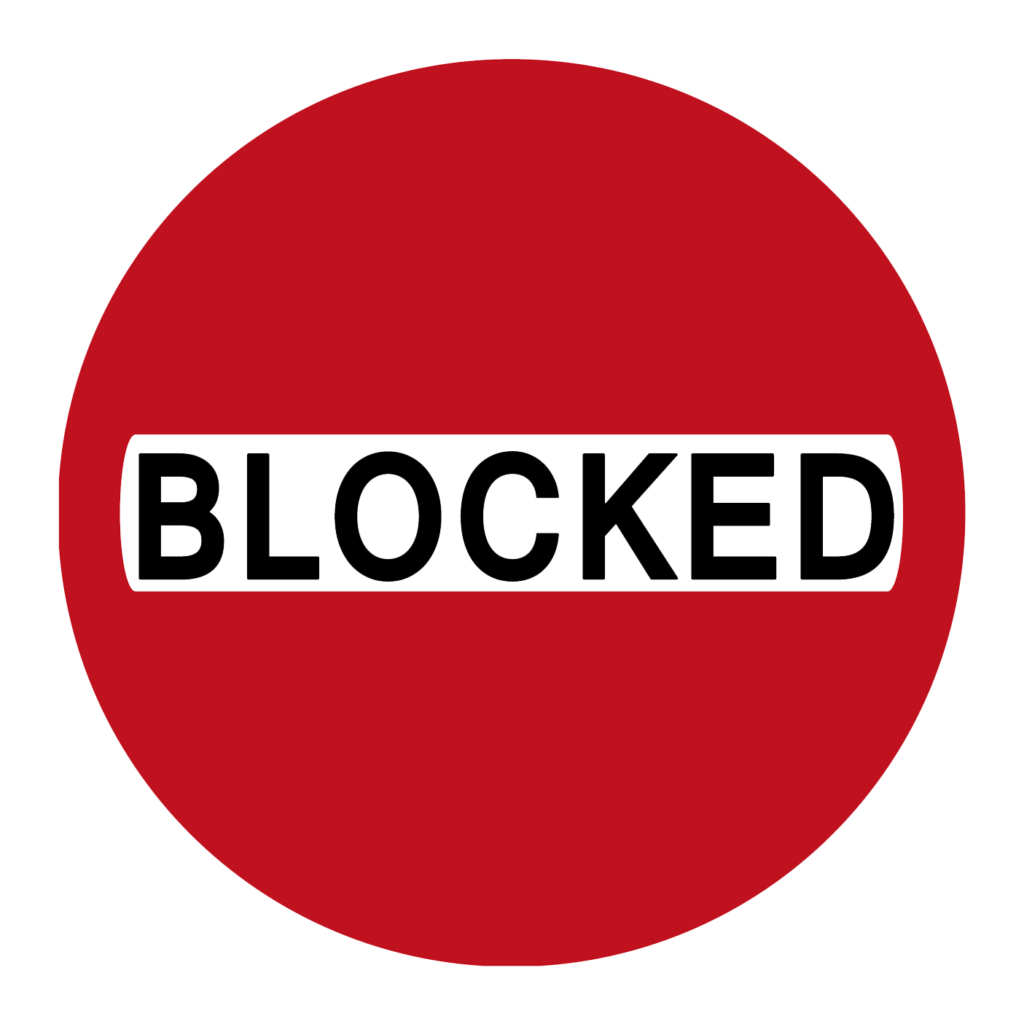 Social media is an amazing thing. We get to express whatever we may be feeling, share lifetime memories with others, even stay connected with family. But another kind of-sort-of remarkable thing about social media platforms such as Instagram, Facebook, and Twitter are that you can filter who actually has access to your content. It’s called that good ol’ “BLOCK” button.

This feature allows you to have those annoying people- even those folks you just don’t “want in your business” -to not have access to your world. Let’s just be real for a second. The content you post is clearly letting people in your business, but I digress. I am not ashamed of being a GUILTY BLOCKER. If any of my followers’ post things I find rather vulgar, disturbing, or simply just too much I do not hesitate to block them. Our president, Mr. Trump, doesn’t have an issue with blocking people either, especially on his official presidential Twitter account. Although his blocking light shines so bright; a New York City federal judge just turned that light completely out.

According to the Washington Post, on Wednesday May 23, Judge Naomi Buchwald ruled that President Trump’s habit of blocking those followers that criticize his leadership skills as unconstitutional. The judge’s ruling was in response to a lawsuit filed last July by the Knight First Amendment Institute at Columbia University, as well as seven other plaintiffs whom Trump had personally blocked from following him. I’m guessing Trump just couldn’t handle the harsh comments about what a “fantastic job” he’s doing running the country.

Since the creation of his account in March 2009, Trump has accumulated over 52 million followers and made over 37,000 tweets. He also tweets multiple times daily keeping his following updated on the decisions he makes on the countries behalf. He even takes his personal feelings on celebrities and other thing to his presidential account. I don’t recall President Barack Obama using his Twitter account for anything besides keeping the citizens informed, but that’s the difference between a dedicated president and someone who ran for office not really thinking they would win.

The lawsuit came about after the plaintiffs had sent a letter to the White House asking to be unblocked last June, which was ignored. They (the plaintiffs) argue that Trumps Twitter feed is an official government account that blocking user from following it is a violation of their First Amendment rights. The plaintiffs were overjoyed about their win, but of course, the Trump administration wasn’t too happy about it.

So, what does this verdict mean for those future followers and those who haven’t been blocked already? With this ruling, Trump can no longer block anyone regardless of their thoughts on him and the decisions he makes on behalf of our country. That also doesn’t mean that you should go on his account just to be negative, waiting to see if he will block you or not. According to the First Amendment, freedom of press is, “The right to circulate opinions in print without censorship by the government.” That is proof enough. Some would argue whether or not a Twitter account is actually included, seeing as it isn’t considered “print,” but that still shouldn’t allow our president to hide behind his block button. Another awesome thing about this verdict is that it applies to all of those holding governmental positions.

Sometimes we can be “social naggers” which can warrant blocking. This may be a victory for all social media users, but this can also be a lesson to learn from. What we say can be offensive to people, so switching up how we want to get our points across can possibly be effective. Kerri Kupec, a spokeswoman for the Justice Department’s civil division said, “We respectfully disagree with the courts decision and are considering the next steps.” I’m not the biggest political follower, but based on the ruling from the judge and the law, if their “next steps” includes appealing the lawsuit, let’s just hope that Trump doesn’t use our hard-earned tax money to fund a ridiculous move.