As a part of my recreational summer reading, I decided to reread Allegedly and Monday’s Not Coming by Tiffany D. Jackson. These highly acclaimed young adult books have been praised for their dexterity of handling Black female leads, and representing the realities of how society fails Black girls every day. To say the least, after reading I certainly didn’t agree with such high reviews and applause.

The matter of my dislike of both books doesn’t lay entirely in the style or form, but both elements certainly contributed to my overall opinion. First, I will provide brief summaries of the plot of each novel (spoilers included). Allegedly covers the story of a teenage girl named Mary who has been accused of murdering a white baby she was caring for and subsequently imprisoned; her approach towards liberation and proving her innocence is soiled by the fact that she is pregnant herself by an adult, and must escape her federal group home first. Monday’s Not Coming depicts a tale of two best friends, Claudia and Monday. Monday goes missing, and as Claudia tries to uncover the truth, many grisly details come to light as Claudia’s mental state deteriorates.

The problem for me is that both books end on a bleak note that leaves more to be desired. Mary is revealed to be a lying sociopath, and Claudia’s acquired memory loss and dyslexia masked the fact that Monday and her younger brother were abused and murdered by their own mother. I don’t find these plot twists particularly inventive or illuminating, and neither is supported by “clues” or subtext earlier in the book. With narration that rivals that of a 9-year-old for each teenage girl (14 or older) and character descriptions that don’t go deep enough to penetrate the reader’s interest, both novels fall flat for me.

Beyond my frustrations with plot holes and prose for Jackson’s works, I take real offense at the way topic matters are handled in each book. As certain eagle eyed readers pointed out, the lack of proper legal and sociological research done to support core issues in each book is a nuisance. In Allegedly, the romanticized inappropriate sexual relationship between a 15-year-old and an 18-year-old is painted as taboo not because of grooming and pedophilia, but because it would be illegal in a court of law. Instead of highlighting the harmful effects of portraying a relationship like that as a “love story” for a Black girl protagonist, the eventual breakup between Mary and Ted is an afterthought cast aside as a part of Mary’s master plan.

Similarly, Monday’s Not Coming tries and fails to breach issues of gentrification in Black DC communities, all the while enforcing stereotypes that worsen the effects of gentrification itself. The main character Claudia resides in a well off family with a good home, strict and steady church attendance and a mother who cooks custom meals. Of course, these parents despise the housing projects and “ghetto neighborhoods” that Monday lives in, and turn their noses down at attempts to intervene when such housing is eliminated in their community. Depictions of Claudia’s developmental and learning disabilities are used as flashback plot devices, instead of tools that bring to light the inequity in diagnoses for Black girls with dyslexia, ADHD and more. With such a platform and heavy issues being written about, room for error must be airtight- especially coming from a Black woman who is no stranger to such realities.

These books and the discussion surrounding them raise greater questions about how Black girls are treated in media such as books and movies–even by our own. If such acclaimed and praised novels with high visibility depict tragedy, darkness and pain for Black female leads, where can girls like me turn to see themselves represented in the fullness of their light? Should we support these authors regardless of the content they produce, merely on the merits of standing behind authors similar to us? I’ve had many years of reading and exploring young adult fiction, and I’ve been able to answer these questions only after much growth and contemplation in regards to my own literary tastes and sense of identity. My current greatest hope is that the other Black girls reading this will be equipped by their own intelligence and merit to discern the same answers for themselves. 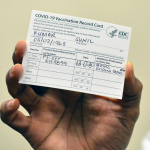 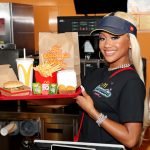