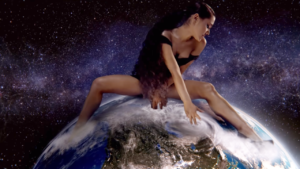 Ariana and team definitely knew that calling her latest single “God Is A Woman” was going to get attention— of even non fans. While pop radio has come a long way, somethings are still touchy areas that artists are less direct on, religion is definitely one of them. The title of this song is the reason why I clicked on it. To my surprise, this track is not an affirmation of feminist beliefs or anything having to do with religion. This song mischievously draws in listeners who expect one thing and flips each and every reference to the church as a sorry not sorry sex anthem. Even though Ari has been a pop princess for a few years now, it’s still real interesting to hear her sing about this. However, this song nails it in the most unexpected way. The songwriters (one of whom is a radio legend- Mr. Max Martin) walk a fine line between somehow making this risky combo work and taking it to far. The music and singing definitely give the song a breath of sweetness that was definitely necessary. Simply because Ariana was able to pull this off, I want this song to get really big and become a model in music because everyone definitely can’t do this. It’s coincidental that this song released shortly after having a conversation with my friend about Ariana Grande having bops and being more visible than a lot of pop girls- I was a little hesitant when hearing that statement but this song has changed my mind. Now that I’ve heard “God Is A Woman,” I will listen to Ariana’s upcoming album “Sweetener.” It will be the first Ariana full length project I’ll have listen to in its entirety. 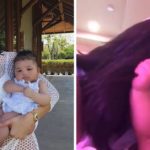 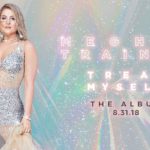